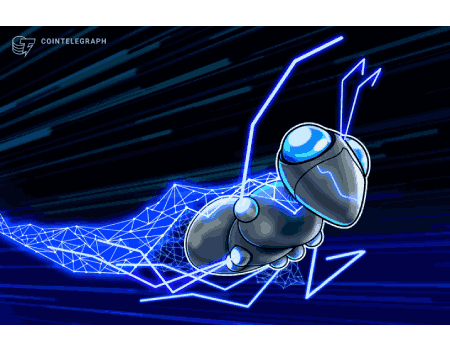 The Mars Hub will launch an independent Cosmos application chain and issue MARS to users who hold the token during the two snapshots on Terra Classic.
The original Terra lending protocol, Mars Hub, has announced it will launch its independent Cosmos application chain on Jan. 31, as well as issue MARS tokens to users who hold it during two snapshots on Terra Classic.
According to a Jan. 20 statement, the Mars Hub mainnet will go live with 16 genesis validators, including Block Pane, Chill Validation, Chorus One, Cosmology, CryptoCrew Validators, ECO Stake and others. An additional 34 slots for permissionless validators will be available post-launch.
A total of 50 million MARS tokens will be delegated to genesis validators for the launch and returned to the community pool one month later. “This temporary delegation will help protect the network from attack by a rogue validator that could potentially accumulate a large delegation of MARS shortly after genesis and begin manipulating transactions on-chain,” the statement said. The mainnet debut is the third and last phase of a three steps process that began with a private testnet for developers and some community members, followed by a public testnet. The first Mars outpost will follow on the Osmosis blockchain in early February.

MARS tokens will be made claimable by eligible addresses via an airdrop that goes live with the mainnet, unlocking 64.4 million tokens for those who held MARS during the two historical snapshots on Terra Classic. A snapshot is a file with the recording state of a blockchain at a particular time, including all existing address and transactions data.
MARS tokens distribution was determined by snapshots taken before and after the depeg of Terra Class USD (UST): block 7544910 (May 7, 2022, ~11 a.m. Eastern Time), and block 7816580 (May 28, 2022, ~11 a.m. EST).
The tokens will be available for six months after the launch via Station, Terra’s new interchain wallet. Users who held MARS on Terra Classic will also inherit governance power.
The collapse of Terra (LUNA) and its stablecoin, TerraUSD (UST), in May had a wide impact on crypto markets, hammering the prices of decentralized finance (DeFi) projects hosted on the Terra protocol, such as Mars Protocol.