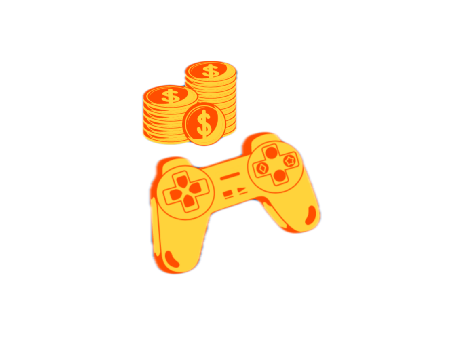 Games have been played through the 50-year history of video games for many reasons, including being entertained by the game and enjoying the achievements. But recently, people are also able to earn money by playing games. The new generation of blockchain-based games has made it possible to reward gamers using cryptocurrencies.

In this article, we explain the process of earning money through blockchain-based games and introduce some popular games in this field. This article is published by TOBTC's content producer team under the supervision of Sina Osivand, in May 2022.

Simply put, Play-to-Earn games are video games where the player can receive rewards with real-world value. The advent of blockchain technology and NFT tokens, and their use in the video game industry, has revolutionized this industry. NFTs or Non-fungible tokens are unique cryptographic tokens that are used to prove ownership of content such as images, videos or even music. Unlike regular games where in-game items are owned only by the game developer companies, NFTs allow players to own in-game items as a unique asset when they purchase. NFTs representing in-game items can be traded and sold for fiat currency on any NFT marketplace. And because those NFTs have scarcity, they have real-world value. The monetization system in blockchain-based games is such that depending on the type of game, once game missions are complete, the player receives a reward in the form of tokens or NFT. Since blockchain technology allows users to trade regardless of who they are or where they are in the world, players can earn money by playing games and withdrawing their rewards. One of the most popular play to earn games is Axie Infinity. It was launched in 2018 by indie studio Sky Mavis. The game is a Pokémon-style monster-battling game. The game sees players collecting cartoon creatures called Axies, represented by NFTs. Each Axie has its own strengths and weaknesses, and players can increase their chances of winning and earning more money by purchasing stronger NFT characters. Players earn Smooth Love Potion (SLP) crypto tokens as rewards for battling, while Axie Infinity Shard (AXS) tokens are used to vote on decisions regarding the game and its future development.

Laqirace is the world's first Drive2earn game based on the Binance Smart Chain platform, which enables its users to earn money while playing. It is a fascinating car racing game presented by Laqira Protocol. The game is designed in two modes: Race and Battle. Each character in the game has unique strengths and weaknesses, and players can battle, race, and breed their game character as they play. To increase their income, Players can choose different characters and equip them with different in-game items. Each item has a different effect on the main character's acceleration, speed and handling. Players earn BUSD tokens as rewards for battling and racing, and finally they can buy and sell NFT items such as characters and cars, as well as earn money while playing.

Until three years ago, playing games was a way to spend your free time, but today thanks to blockchain, thousands of gamers make a good living. The growing popularity of this field, as well as the investment of large companies such as Ubisoft (a French gaming company), promises a bright future for the growth of blockchain-based games.