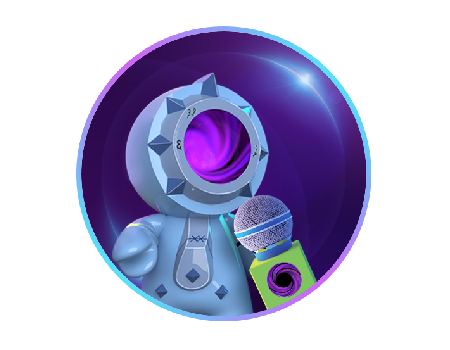 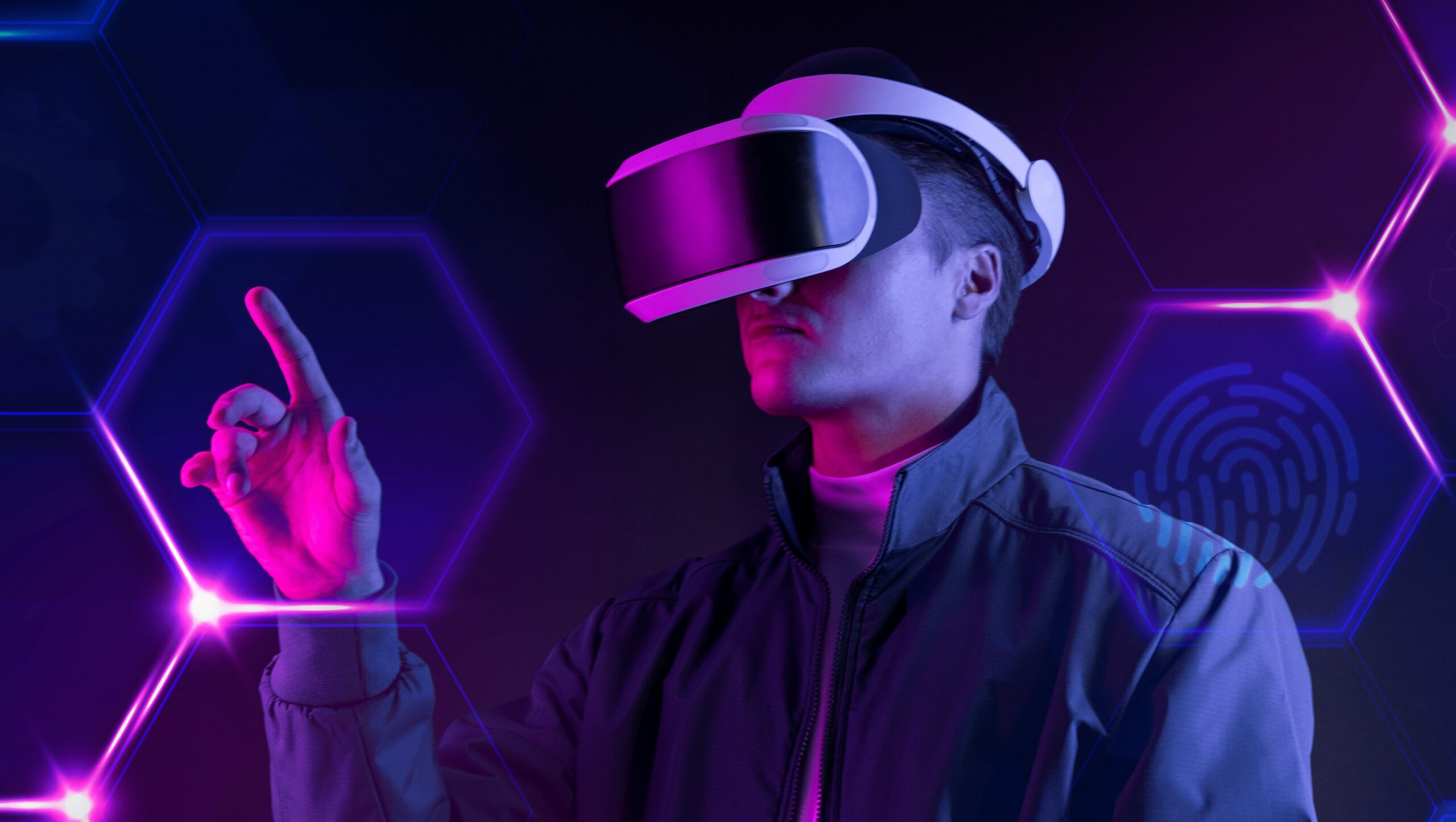 Like many other people in the world, you are probably familiar with the word, Metaverse. This word was used first by Neal Stephenson in a novel called Snow Crash in 1992. At that time, the meaning of Metaverse referred to science fiction movies rather than to what we know about it today. The Metaverse today is essentially a virtual version of the real world beyond the one we live in. Many big businesses in the world, such as Meta (Facebook), are trying to synchronize with this modern science.

The founder of Laqira Protocol is TOBTC company Sina Osivand. He has also more than ten years of managerial experience and an active presence in the field of international financial markets like the Foreign Exchange Market (Forex) and cryptocurrencies. The Laqira Protocol project has welcomed collaboration with a young, creative international team which makes this project auspicious in the field of Metaverse and blockchain.

Laqira Protocol defines itself as a metaverse platform that provides unique, secure, and attractive blockchain-based services to its users. The project was launched to build a metaverse blockchain-based platform, with a variety of features and capabilities. Collaborating with the world's largest and most famous blockchain companies, benefiting from a creative international team, and holding international events, all under the administration of Sina Osivand has made Laqira Protocol one of the most popular blockchain platforms. Launching Laqira Protocol NFT MarketPlace is one of the first steps toward the most secure Metaverse platforms in the world. Also introducing and implementing the world's first Drive2earn game on the Binance Smart Chain platform has attracted all users who are interested in GameFi from around the world. The following lines discuss all the services provided by this platform.

Besides an international team, The Laqira Protocol project has attended numerous international exhibitions in the field of blockchain as well as holding international events. In the latest event called Squid Game, participants had to stay in the game until the final stages to receive the grand final prize. In the end, the prize was granted to the first 20 winners. In this event, which took place at the beginning of 2022, thousands of participants, all under the control t of Laqira Protocol, participated in this competition to win the final prize. Laqira Protocol, as well as the TOBTC under the management of Sina Osivand, with more than 100,000 followers on social media, is known as one of the most popular blockchain platforms.this project is competent to host international competitions, events and airdrops. 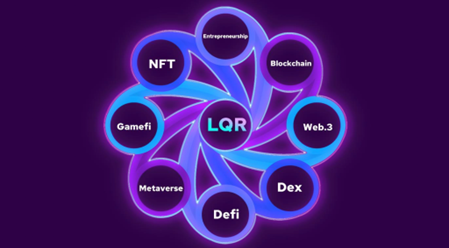 NFTs, or Non-fungible tokens, is a new generation of digital assets. According to statistics published on the official Finbold website, the amount of money spent on trading NFTs until February 2022 is more than $ 50 billion. To better understand this amount, let's compare it with BMW's total value until the same date, which is only $ 25 billion. But what is NFT MarketPlace? Let’s see how NFT MarketPlace works by an example: imagine a photographer takes a unique picture of a particular moment and then by converting this work of art into a Non-fungible token or NFT, he can register this picture under his name on a blockchain network. by using NFT Marketplace, it is possible to display the artwork to the world at the lowest cost and sell it at any price. Converting artwork to NFT is not limited to photos, but anything like a painting, a music album, or even a signature can be recorded in NFTon a blockchain network. Laqira NFT MarketPlace is one of the most popular markets for in the blockchain world. It allows its users to buy, sell and even mint their Non-fungible tokens in a secure platform with an attractive environment using special features that are exclusive to this platform. In the following, you will find the description of the unique features of Laqira NFT MarketPlace.

● Register through connecting to Metamask Wallet

Users can easily use this platform's services without any need to register for an ID and password, only by connecting to the Metamask wallet.

The process of converting works of art and non-digital assets into Non-fungible tokens is called Minting. On this platform, besides buying and selling Non-fungible tokens, users can mint their new NFT at the lowest cost and sell it or keep it in their wallet.

Laqira NFT MarketPlace is a popular platform for its alluring design which is based on international and high-level security standards.

Another smart feature of this platform is the ability to define NFT royalties. Each time an artwork is resold, NFT royalties grant a percentage amount of the resold item to the artist. This percentage amount, which can be diverse between zero to 50%, is applied automatically each time the items are resold.

● Transfer NFT as a gift

As mentioned above, non-fungible tokens are a type of digital art asset in which the buyer is the exclusive owner. Users can benefit from this special feature in Laqira MarketPlace meaning that once they purchase an NFT item, they can send it as a gift to their friends and families.

Buy and sell NFTs through auction

Another special feature of Laqira NFT MarketPlace is the possibility of buying and selling NFTs through auction. In an auction, the seller first sets a minimum price for a given period. Buyers can bid for more than the minimum amount offered by the seller in the system. At the end of the auction period, the item shall be given to the highest bid.

Buying, selling and minting all non-fungible tokens take place on the secure and fast Binance Smart Chain (BSC) platform. Payments are also made using LQR (the native token of Laqira Protocol) and BNB.

Laqirace is another successful project of the Laqira Protocol. It's The world's first Drive2earn game on the Binance Smart Chain Platform. Users can play and excitingly earn money. In Laqirace, the users can play in both Race and Battle mode. Also, it is possible to play this game online or offline. is one of the best 3rd generation web games. Besides its attractive user interface and strong gameplay, it also brings the opportunity for the users to earn money. There are Some items in the marketplace section which are designed to have different effects on the acceleration, speed, and handling of the chosen player's character in the game. As mentioned earlier, Laqirace is the first Drive2earn game that allows players to earn money. To increase their income, Players can upgrade their character in the game by purchasing existing items. Participation in the game and earning money without paying is possible. This popular game can be run in three versions: IOS, Android, and Windows.

LQR is the Laqira protocol native token listed on the most popular and largest cryptocurrency websites, CoinMarketcap and CoinGecko. LQR token that is based on the Binance Smart Chain, is listed in Pancake Swap and BKEX exchanges. It should be noted that on the first day of listing LQR on the BKEX International Exchange, the price of the LQR token experienced an increase of 46 times in price. Because of the popularity of the LQR token and network congestion, the main BKEX exchangeservers were temporarily unavailable during that time. In the following, you will read about the specifications and performance of LQR in the Laqira Protocol platform.

The community of the LQR token holders can use this token to vote and participate in important decision-making and updates of this network. It should be noted that this method is one of the most efficient and safest ways to manage a crypto community.

More than 30% of the total token supply is spent on providing liquidity pools. Another 30% will be spent on project development, updating, and marketing. 20% of the tokens are allocated to the ecosystem, and finally 15% for the project team and 5% for consulting costs.

Another unique feature of the Laqira Protocol platform is the ability to retrieve mistransferred tokens in the Binance platform or Mistransferred BEP20 tokens. For example, if a user sends an LQR token to the wrong address on another network, Laqira Protocol can use this new blockchain technology to return a mistransferred asset to the owner. On many other platforms, however, any mistake in transferring tokens from one address to another results in the permanent inaccessibility of transferred tokens in the network.

In this article, you will learn about one of the most successful Metaverse projects in the field of blockchain and cryptocurrencies, Laqira Protocol, an exciting and successful project of the TOBTC company under the management of Sina Osivand.

Laqira Protocol is one of the most promising Metaverse projects in the field of blockchain. Laqirace, the popular game on this platform, is known as the first Drive2earn game in the world, which has provided users the opportunity to earn money while playing. The NFT marketplace and the launching of a decentralized exchange, along with the supervision of Sina Osivand , have made Laqira Protocol one of the most successful projects in the blockchain industry.